Have you heard coffee being described as chocolate or hazelnut?  Did you know that there is a coffee flavour wheel to help discern the flavour notes of a particular coffee? Many of you probably think that this is crazy – then again you are probably drinking instant!
The SCAA’s (Speciality Coffee Association of America) flavour wheel has been used for 21 years and recently after 3 years of research a new flavour wheel has been released.
The old wheel : 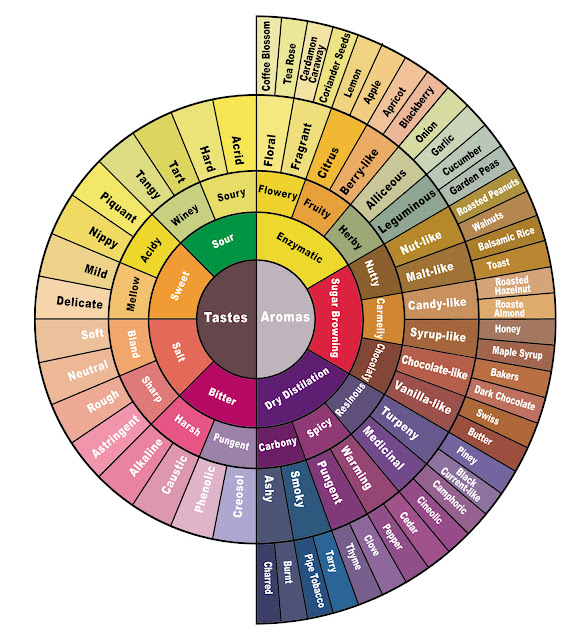 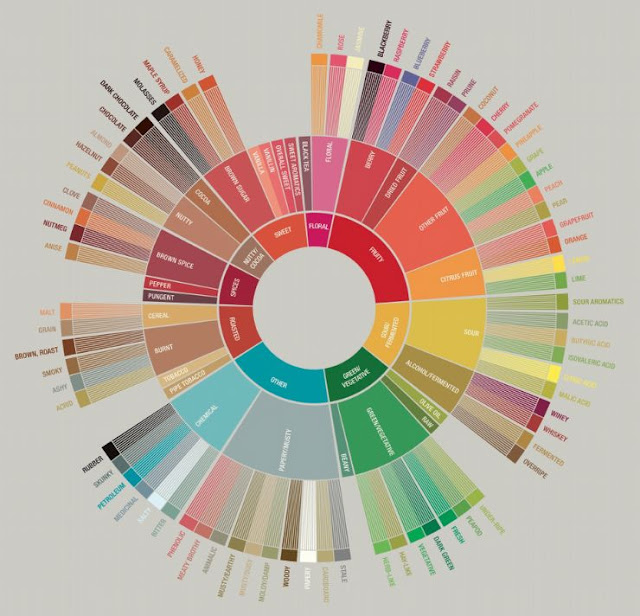 The flavour wheel consists of coffee terms based on sensory science and it is the standard that cuppers use to describe the coffee that they buy or sell.
Coffee cupping, orcoffee tasting, is the practice of observing the tastes and aromas of brewedcoffee.It is a professional practice but can be done informally by anyone or by professionals known as "Master Tasters". A standard coffee cupping procedure involves deeply sniffing the coffee, then loudly slurping the coffee so it spreads to the back of the tongue. The coffee taster attempts to measure aspects of the coffee's taste, specifically thebody(the texture or mouthfeel, such asoiliness),sweetness, acidity(a sharp and tangy feeling, like when biting into anorange),flavour(the characters in the cup), and aftertaste. Sincecoffee beansembody telltale flavours from the region where they were grown, cuppers may attempt to identify the coffee's origin. Wikipedia
Instead of attending a wine tasting evening why don’t you do something different this year and attend a coffee cupping, I am definitely going to do it!
I’m sure there must be quite a few places that offer coffee cupping but these are the three that I have discovered (thank you Google).
Durban
Colombo Coffee & Tea
369 Magwaza Maphalala (Gale Street)
031-2053283
This email address is being protected from spambots. You need JavaScript enabled to view it.
JHB
Bean There Coffee Roastery
44 Stanley Avenue, Milpark
0873103100
Cape Town
Bean There Coffee Roastery
58 Wale Street
0879432228
#lovecoffee